Except the first project, these web sites are fictitious and related to assignments while a student of the Web Technologies program at John Abbott College, Ste-Anne-de-Bellevue, Quebec, from January 2010 to February 2011.
Feel free to download my cv in PDF,

view my LinkedIn profile or e-mail me. 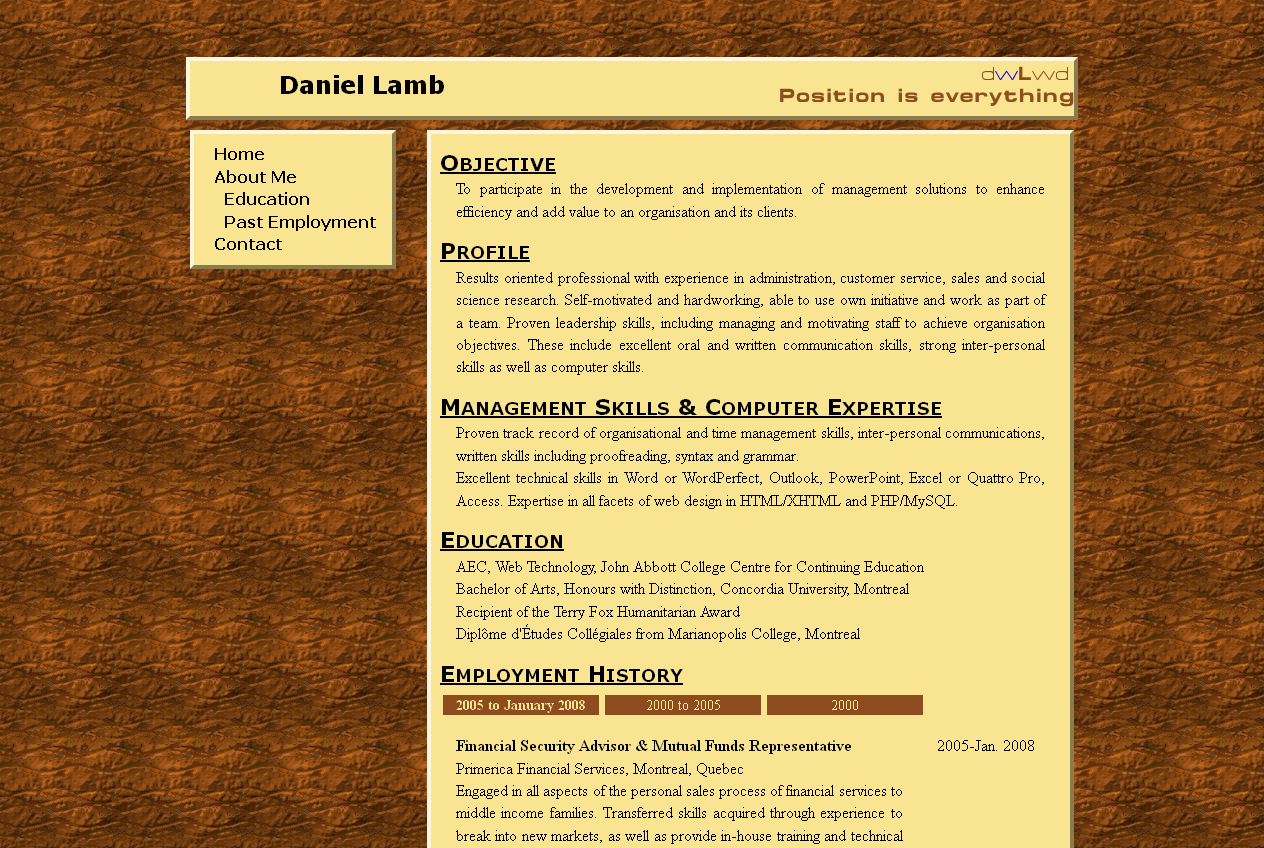 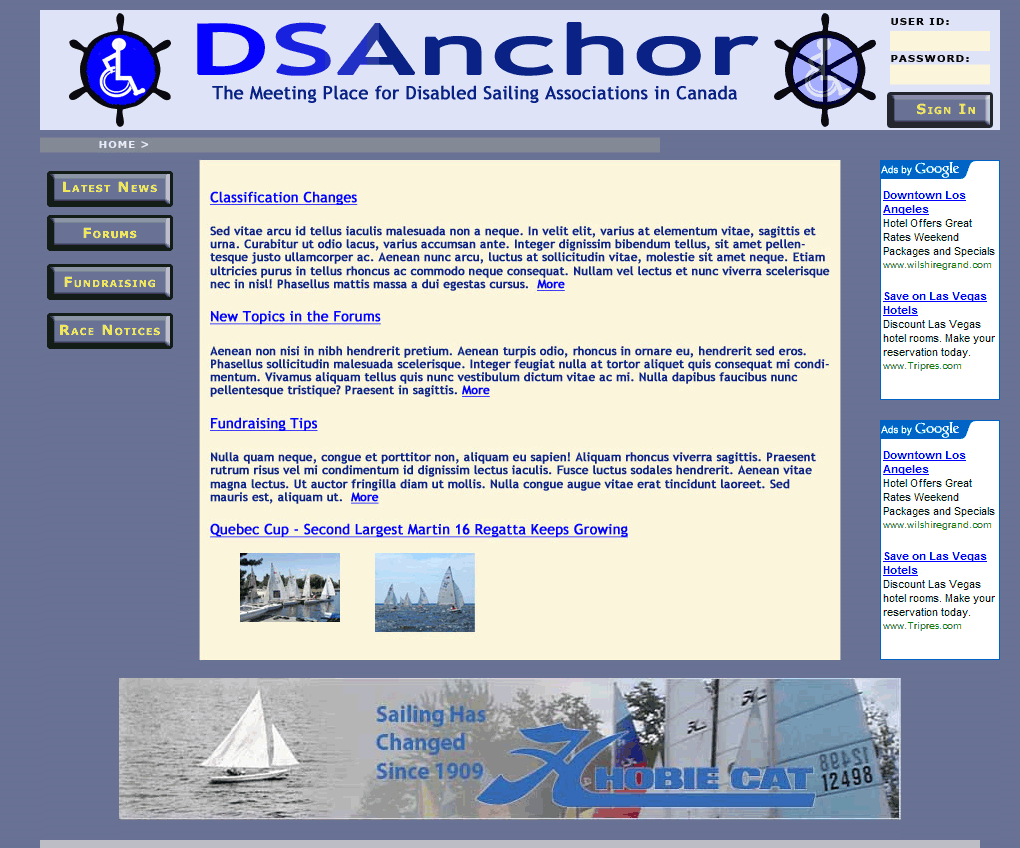 Assignments in this course focused on the mechanics of creating various types of graphical components that go into design and programming web site. 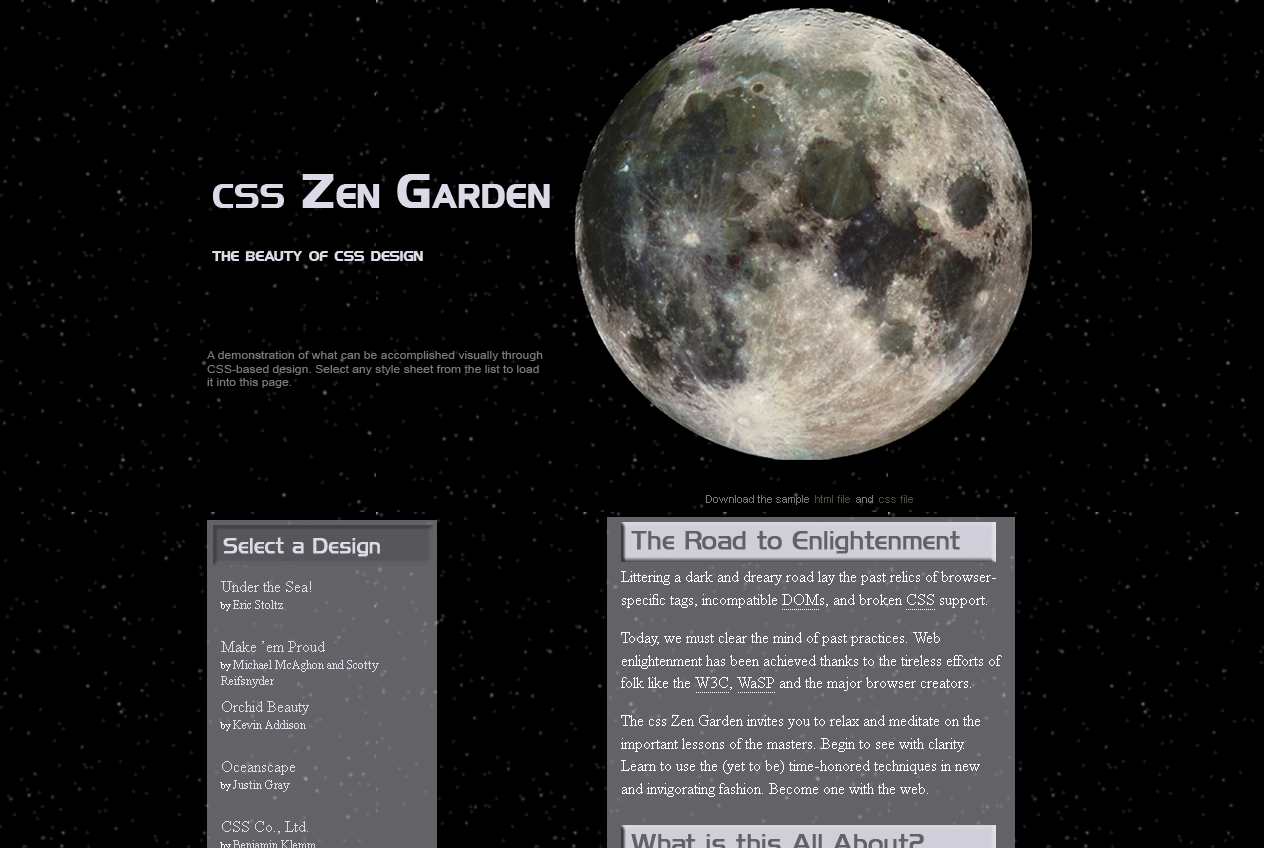 Afer exposure to concepts such as:

The final assignment was to pick an example from css Zen Garden: The Beauty in CSS Design and derive a new example inspired by the example chosen.

The only modification to the example's source code was for the injection of the CSS file created to render the inspired look and feel. 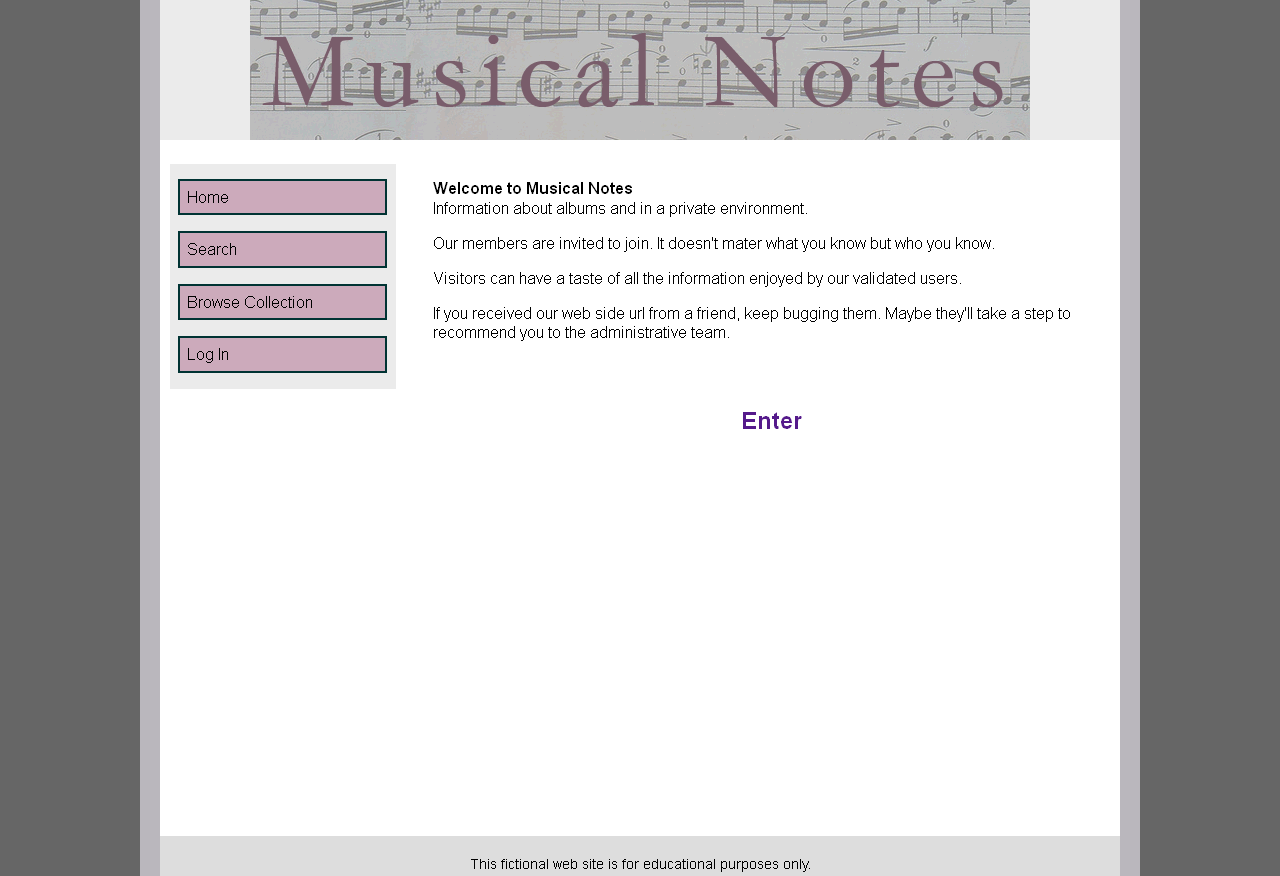 The requirements of this project were to demonstrate knowledge of Dreamweaver and employing these features to create a web application:

There are other projects in my portfolio that demonstrate skills in dynamic PHP/MySQL programming but they all entail log-ins and are secure. This example is the singular example which has a general public access component. 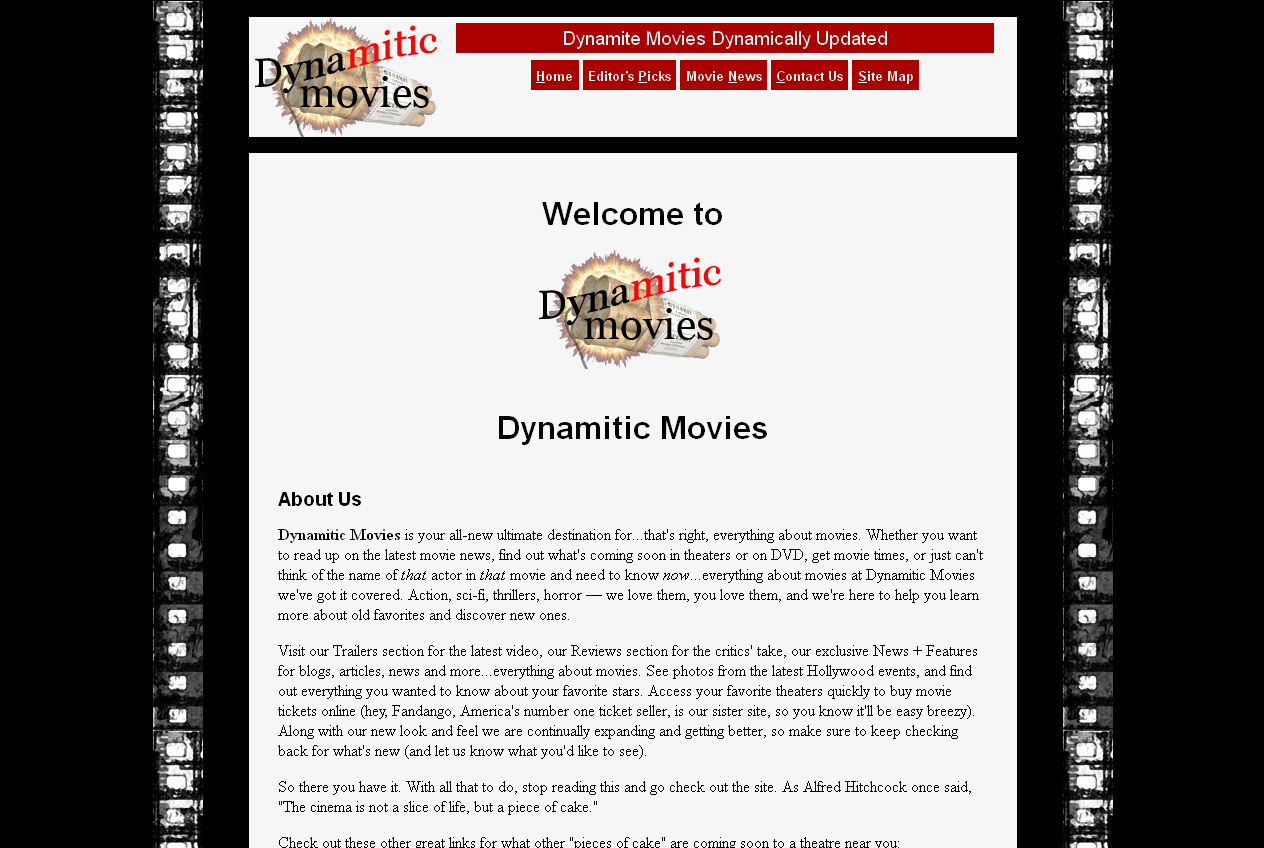 This course focused on topics such as:

The final project demonstrates these technologies taught during the course. 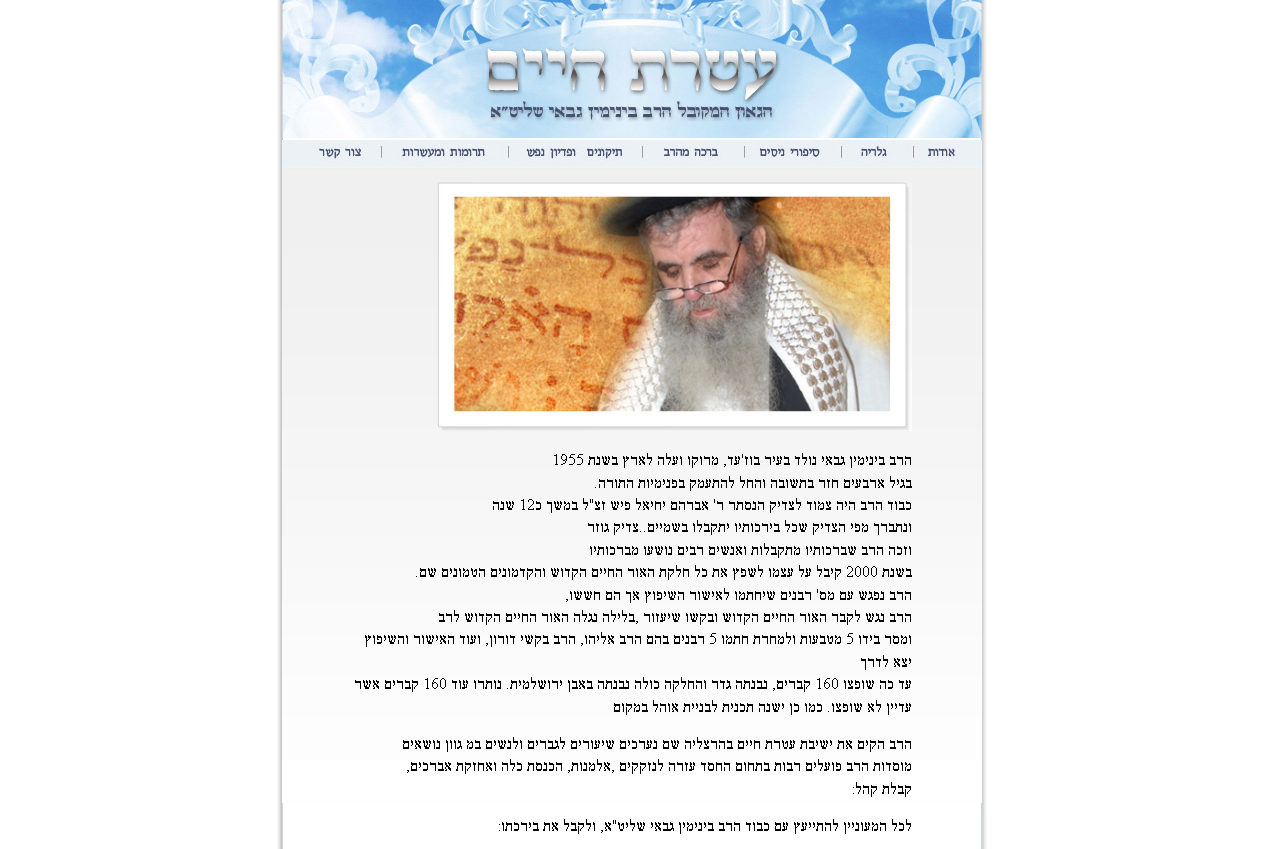 A Jewish spiritual congregation, Ateret Haim is seeking to expand its horizons for members outside of Israel.

The site was incomplete by the end of internship due to lack of content provided by the congregation. 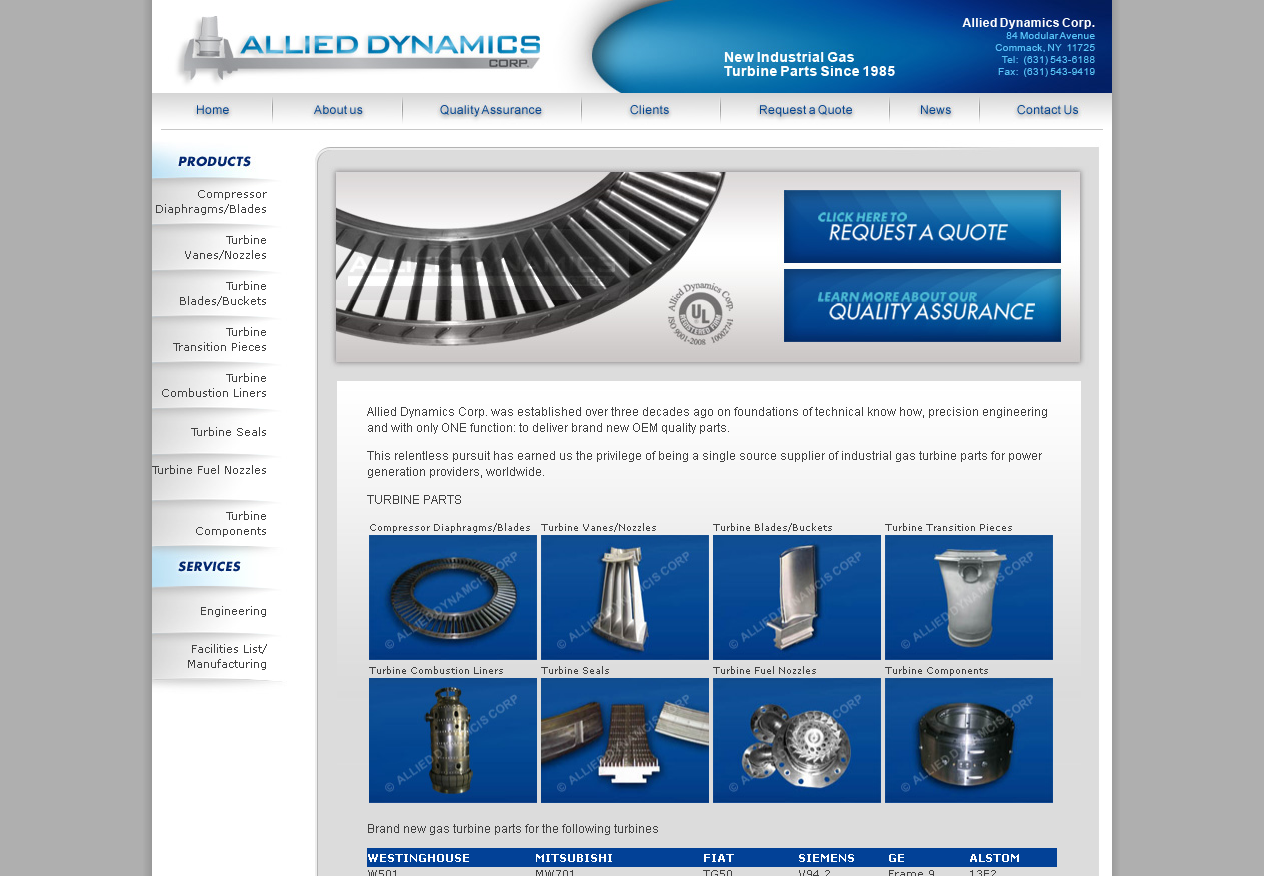 A company which offers OEM parts for gas turbine engines, the Allied Dynamics project was part of the company's overall plan to expand markets right across North America.

This site was launched mid-December 2010. 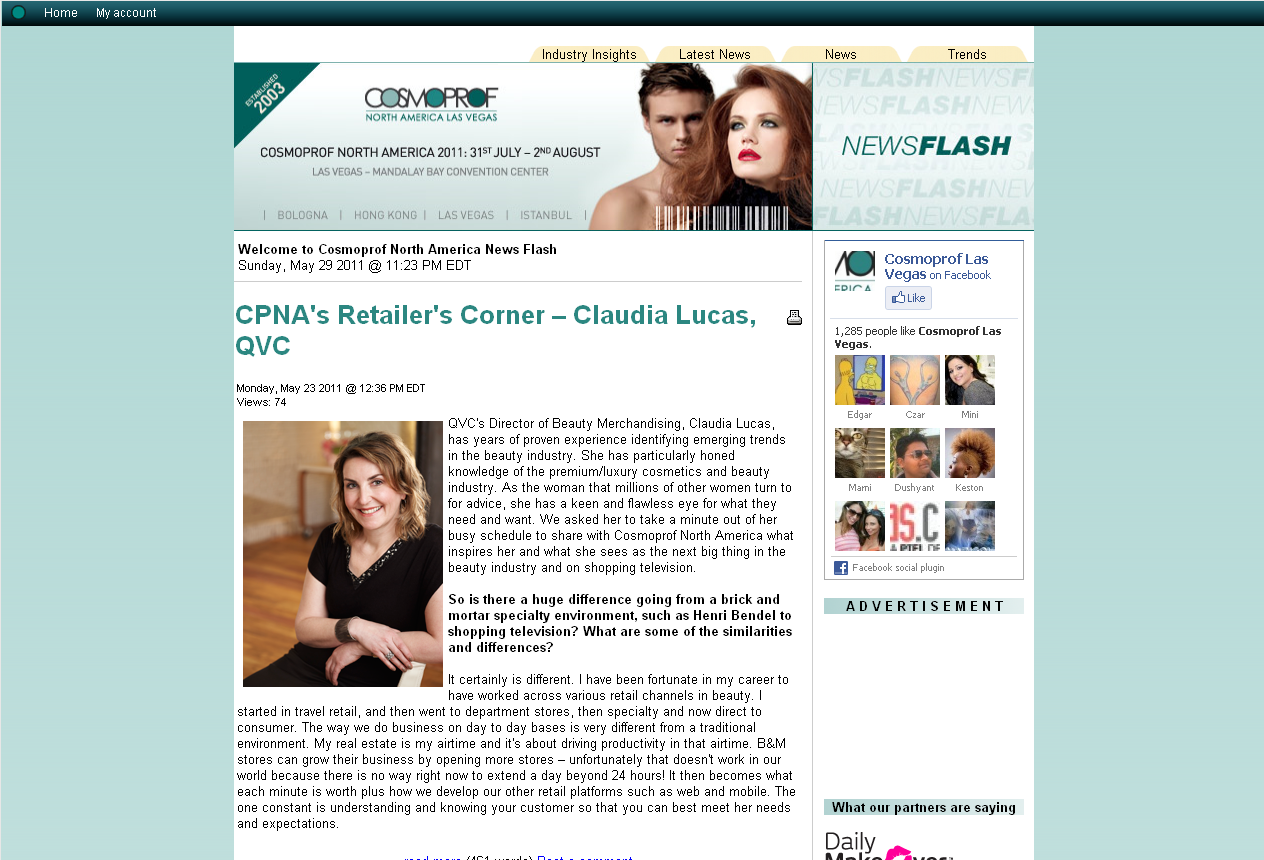 Cosmoprof is a leading industry association for the beauty industry. As a run-up to the North America convention which takes place in July/August, organisers opted to set-up a blog. Editors and others from both online and traditional media will be invited as weekly guest bloggers.

This site was launched in mid-January 2011.

This site uses Akismet to reduce spam. Learn how your comment data is processed.